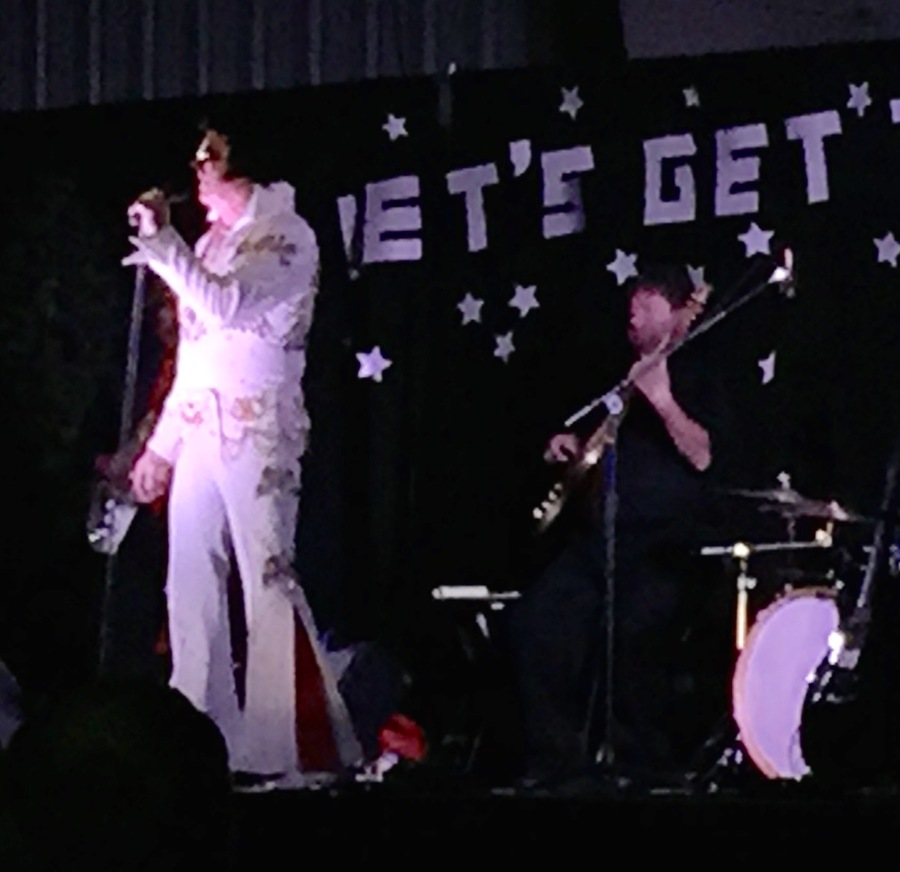 In this small tribe of Monaco owners from the larger RV world, there are very few folks under 60, but considerably more close to or in their 80s. Most of the coaches here are far more luxurious than ours, for a practical reason. Most of these folks live in their RVs full-time, so think of them as well-heeled nomads. That being said, they are most welcoming to proletariats such as us. Introductions among tribe members go like this: What’s your name? Where are you from? What kind of coach do you have? Where do you winter over?

The schedule of activities follows gender roles straight out of the 50s. Men learn about diesel engines and tire pressure; women learn how to cook in their microwave convection ovens, make crafts such as crocheted drink coozies (I am not making that up). I took the microwave class, and found it most helpful. Older dogs can teach new tricks.

This tribe is firmly Republican, mostly retired and fiercely independent. There are a great many military members in the group. On opening night we sang fight songs from the Army, Navy, Marines, Air Force and the National Guard. Many were quite affected and wept openly as everyone sang; the Chattanooga shootings were fresh on the minds of everyone. At breakfast, after the news of the Louisiana shootings, one man at our table remarked that “this will give the anti-gun people more fodder for gun control,” which sparked a lively debate. One shooting is cause for grief, another is a challenge to second amendment rights. Interesting perspective. I focused on my breakfast.

There is great generosity and kindness among the tribe members for newbies. Everyone has offered advice, maps, email addresses, food, water, tools, wine and beer without a second thought. Survival depends on it, as the world at large is not tailored to a nomadic lifestyle, and you have to be resourceful if you are going to live on the road. We sat with a gentleman who explained the finer points of travel in the northeast, including warnings about things the average driver wouldn’t think of, like how wide and high a trestle bridge built in the 30s is (not wide enough for a motorhome), how to avoid tolls and how to choose whether to cross bridges or use ferries and what campgrounds are best. He gave us an entire cue sheet for a trip he took. Another neighbor has spent hours telling us about the finer points of handling the coach, re-routing the plumbing and general troubleshooting.

Entertainment is scheduled every evening. After happy hour (open bar!) and dinner, there are performers, mostly of musical hits from the 50s – 70s. On the final night, an Elvis impersonator performed. It isn’t common knowledge, but I consider myself something of an Elvis impersonator aficionado. I’ve seen them in Vegas, Memphis, New Orleans and Columbus among other cities; I’ve seen an Asian and a female Elvis. I have to say this guy was pretty darned good as they go.

At the end, those of us heading for the big rally in Madison queued up for a caravan. We met some people closer to our age and were invited to join with them so that we could “all park together” upon arrival. We have come through the initial trial, and have found a place.