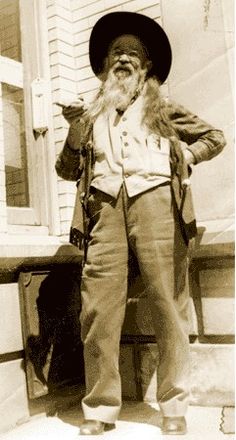 Yesterday we went to the towns of Deadwood and Lead. Deadwood is a weird hybrid, sort of like The Sons of Katie Elder meets the Sons of Anarchy meets Gatlinburg. Harley stores and biker bars alternate with casinos masquerading as historic saloons. Hang around long enough and at regular intervals someone will shoot someone else in a gunfight reenactment. It seems odd in these modern times to schedule a gunfight.
The visitor center at the Old Train Depot was crammed with people asking things like “where can we see the gunfights?” An elderly woman was doodling on street maps to illustrate where the attractions were located. She doodled on mine too, unhelpful little red lines, squiggles and stars. I was most interested in the cemetery, Mount Moriah. It was created in 1878, a classic burial site with potter’s fields and sections for the Jewish and Chinese residents of Deadwood. Celebrities in this particular burial  park are Wild Bill Hickok and Calamity Jane along with many other colorful characters. When she circled the place with a slash of red, I perked up.
“How far is it?” I asked. “Just drive there.” She said. I smiled to show her how friendly I was. “But how far is it?” I pressed. She looked up at me and I felt a little stab of fear. I swear her eyes lit with tiny red flames. “It DOESN’T MATTER how FAR it is. The CEMETERY. IS. STRAIGHT. UP. You drive HERE and you park HERE and you walk THERE.” She stabbed the paper with her red pen for emphasis. I collected my red-stained map and backed away, chastened. She glowered at the next hapless soul and resumed her red doodles. I thought about warning others in the line behind me not to ask her any pushy tourist questions.
We wandered around Deadwood for a while, admiring the alternating skull-biker and six-gun-cowboy decor. There’s plenty of gold mine stuff to investigate, but Ben tends to be claustrophobic so we passed on the mine tours. We made some purchases for friends (bet you’re wondering what you got, aren’t you?), and headed up to the Mt. Moriah Cemetery. We discovered the scary lady at the visitor center was right about the driving part. Mount Moriah is after all, a mountain, and while the distance was not far, the approach was steep.. Our Subaru strained up the mountain road to the parking area. I was really glad we replaced its clutch this summer. The burial ground continues straight up the side of of the mountain. Graves are terraced into the side, so the only flat spots are the actual burial plots. The dead have it easy; the living have a hard scramble as paths to the plots are steep and covered with slippery loose gravel. Plenty of people made the drive only to bail once they saw the hike ahead of them. I was glad for my sturdy shoes.
I love these places. I tour them whenever possible. My favorites are in Boston and New Orleans, but Mt. Moriah was a surprise. In some ways it’s similar to St. Louis #1 in NOLA (where a VooDoo Priestess is rumored to be buried) because of the reputations of some of the decedents. Calamity Jane and Wild Bill attract attention. Their graves are littered with little tributes; spent casings, airline sized bottles of booze and stones. I can’t imagine the effort it must have taken to lug bodies, coffins and stones up Mount Moirah, let along constructing a proper gravesite. Markers titled “Mass Grave” and “Children’s Section” remind you of how very difficult it must have been to live in such a harsh place.