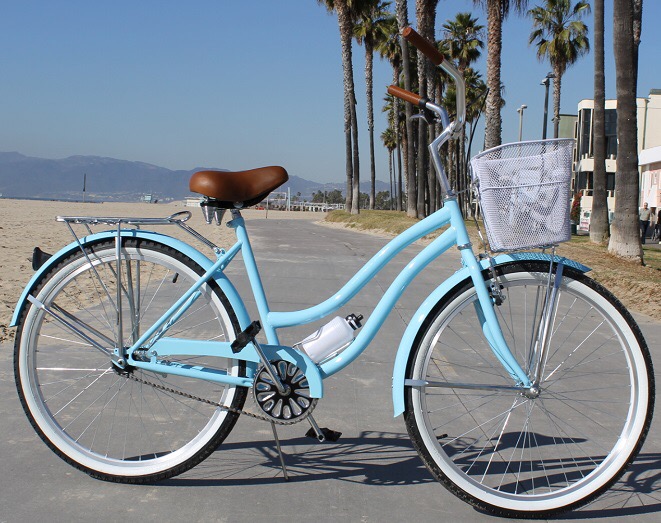 I am in Eastpoint Florida with a flat bike tire. You might wonder why I chose to tell you about such a mundane event.

Last summer I bought new tires for my bike. I have a road bike, but I wanted to be able to ride on gravel paths that are more common in other areas. Skinny road tires don’t do well on such surfaces. I am also notoriously cheap, so rather than buy a fat tire bike I chose to get the widest tires I could fit on my road bike. It turned out that it really made my bike a nicer ride, as the fatter tires made the steering less skittery. It wasn’t an issue until this morning when I was to join friends for a bike ride. I pulled my bike down off the car rack and gave the tires a squeeze. They were a little mushy so I pulled out the bike pump. One tire pumped up–check. I clamped the pump on the second tire and started pumping. I noticed immediately pumping was too easy, and heard an ominous hissing sound. Air is not supposed to come out faster tha you can pump it in. To my dismay I found the tube had torn away from the valve stem. For those of you who are not cyclists, a tear like that means it’s time to blow taps and bury the tube. I’ve heard of people fixing tire tubes damaged this way but I suspect they are lying. I dug into my repair kit pulled out my spare tube and realized I’d suffered a lapse in bicyclist judgment. Something I totally forgot to consider with my new tires was what size tube I should keep in my repair kit. I spent a whole year bombing around with a spare tube that was fine for the previous tires but not the new ones. I suppose in an emergency I could have made it work well enough to limp along, but as a replacement tube for a safe ride there was no way it would work.

Eaastpoint Florida is located in the part of Florida marketed as “the forgotten coast.” Eastpoint is not just forgotten, it’s frozen in time. This is not bad if you want beaches, fishing, boating and really, really good oysters. You can get every kind of bait imaginable, fishing boats, beach gear, bug spray and sunscreen, beer, wine and every make/model of YETI cooler–you get the picture. A tube for the tire on your fancy-schmancy road bike? Noooooo. I called every place that billed itself as a bike shop and several hardware stores. In an area where everyone rents bikes and most rental bikes are at least 10 years old, no one stocks tubes for tires less than 2″ wide. The fat tire beach cruiser is the bike of preference in this area, ones you can fit with bait and fish buckets rather than panniers (AKA saddlebags). None of that Lycra-spandex-peloton nonsense here folks! The nice guy at the bike shop in Apalachicola told me to order the tube online. I wasn’t impressed with Amazon’s selection so I called my Columbus bike shop, Roll. The guy suggested I try biketiresdirect.com. My new tubes were only about 6 bucks (they had a sale) and cost $5 for two day shipping. I bought 4 tubes, just in case. We’ll be here for a month, and I know if I only buy 2 tubes, I’ll ruin another one. With four tubes, the replacement will probably last until I have to buy more tires, but I want to be certain. Murphy’s law and all that. It’s Thursday, my tubes are due to arrive Saturday. I’ll keep you posted!

One thought on “For Want of a Tube”