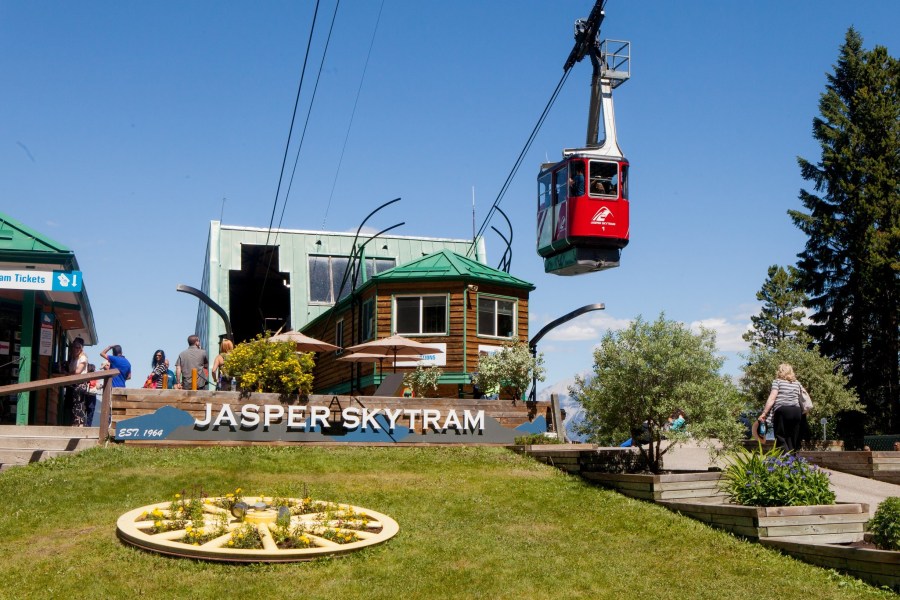 Many years ago (like, 35) I camped in Rocky Mountain National Park with a group of friends. One day we all went for a hike up Twin Sisters mountain. It’s not a terribly technical hike, but it’s a lot of up and the summit is well above the tree line. It might have been the remnants of a cold I had at the time, or some dehydration, but I developed altitude sickness. I started acting erratically, staggering and crying. I don’t remember any of this of course, others told me what I was doing after the fact. I had been walking towards the summit and feeling tired, and the next thing I knew I was hiking down among the trees. I was a angry that somehow I had been left out of getting to the top, but I was befuddled enough that I just kept going. It was scarier for everyone else than it was for me, but that’s how I learned I was one of those lucky people who is sensitive to altitude. I might never have learned that fact if I’d stayed in Ohio near sea level. I’ve spent plenty of time at higher altitudes over the years but it has always been hard for me to acclimate when I’m over 6,000 feet and I haven’t hiked much above the tree line (somewhere around 8,000 – 10,000, depending on the area) since that day.

My past experience was in the back of my mind when we took a tram ride in the middle of the Canadian Rockies. The Jasper SkyTram takes you up Whistlers mountain and drops you off several hundred feet below the 8,000 foot summit.  We rode up the side of Whistler’s Peak in a tram car with about 25 of our new best friends and oo-ed and ah-ed over the scenery as we glided up. Our young pilot entertained us with stories of times when tram cars got stuck on the cable or how hundreds of people were stranded at the top of the mountain overnight when the weather turned bad. From the tram station you get a breathtaking view of Jasper and the surrounding area. Most people hang out near the tram area and boardwalk trails, and hardier souls trek the last 500 feet up the mountain for 360 views. Ben and I, foolish and hardy senior citizens we are, decided to hit the trail.

We set out up the mountain along with dozens of our new best friends from the latest tram delivery. As usual, we saw footwear ranging from hiking boots suitable for Everest to sparkly flip-flops. Switchbacks traversed the mountain with a helpful assortment of boulders and benches arranged at each juncture for breathless people to lean on. An Indian family from Great Britain was perched together on a big boulder after the first set of switchbacks. They asked us to take their picture, and then the ladies in their saris headed back down. A man and his two sons all wore flip flops . A woman clutching her handbag picked her way upward among the stones. A young German couple dressed in black spandex strode up the trail as if they were mall walking. My rule is; walk two switchbacks, rest, then take on the next set and repeat until you get there.

We chugged up the mountain slowly. I figured we’d been in the mountains for a week and the summit wasn’t that high—which made it really frustrating when I started tripping over my feet. I’m not the most graceful person in the world so I wasn’t ready to call it a day, but then Ben said “You’re weaving all over the trail.” Still, I argued with him for several minutes before we turned back. I am stubborn, but Ben is even more so, and even though I was grumpy about it, I turned back. Altitude sickness can hit anyone, and it doesn’t have to do with being physically fit. Some people are more sensitive, and I am one of them. Ascending too quickly can bring it on, so maybe being hauled up the mountain some 7,500 feet in 10 minutes and then walking 500 more up had something to do with it.

The air was also hazy with smoke from area wildfires so perhaps high levels of particulates in the air compounded my problem. As we started down, a guy who had been to the summit walked past us. He asked if we’d made it to the top. When we told him no, he allowed as it was nice but the views were obscured by the haze from the fires. We didn’t know it at the time, but this would become a theme for this trip. We didn’t make it all the way up but we did make it several switchbacks above most of the flatlanders who walked with us.

We walked back to the tram, and stood in line with our new best friends to wait for the next car. There were several guys in our age bracket standing with us who were traveling together on their motorcycles. Ben, being not only a Car Guy but also a Former Harley Owner started chatting them up. They had started out from Pennsylvania, and the next day the group was splitting up, some heading to Alaska and the rest heading on to Seattle to travel down the west coast. One of them had worked for a timber company in Pennsylvania for many years. We talked some about the wildfires and I remarked on the tree damage from the pine beetle, and he made an observation. “Years ago, we harvested trees (that’s code for clear cut) and planted the area with trees like you planted corn; all one species of tree. Turns out what we planted is extra susceptible to pine beetle. I guess even though we have good intentions we can’t do things the way mother nature wants.” As a side note, in all the pictures with this story you can see brown trees. Trees with any brown coloring have been invaded by pine beetles. The ranger told us that trees showing brown generally died off within three years of infestation. By then the car had reached the end point and we all piled out of the car. We wished each other well on our travels and headed back to our vehicles. The Motorcycle guys fired up their bikes that filled the parking lot with that familiar rumble and roared out of the lot flashing us the thumbs-up sign. The rest of the tram riders rode off in trucks, vans, cars and bicycles. We started our Subaru and puttered off in magnificent 4-cylinder power. We each had our itinerarys and determination to see as much of the natural world in any way we can. I didn’t know it until later, but we’d see lots of these folks over and over on our journey.

Check out the takeoff up the mountain.